Four Jacksonville, FL hospitals have agreed to pay a combined $7.5 million settlement for crimes that they did not commit. 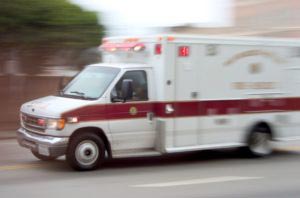 Although the hospitals did not receive any financial gain from the claims; and although they do not admit to any wrongdoing; they have chosen to pay out the settlement, rather than face the notoriety and cost of litigation.

That makes us worried.

To quote Timothy Powell, a Florida healthcare consultant who addressed the issue in his post Ambulancegate: This should scare you:

It seems in this case that the government is attempting make the argument that hospitals and nursing homes are somehow contractors or grantees of the ambulance companies billing for services, even if they are not billing the services. It’s more than just an issue of forcing hospitals and nursing homes to be responsible for billings they did not submit for services they did not provide; and it presents a slippery slope leading to other potential problems.

Powell suggests checking the exclusion database to ensure that you don’t inadvertently partner with a bad actor.  But beyond that, he seems to be resigned to the situation.  The Feds have taken a stand, and they don’t seem likely to change their minds any time soon.

On a similar note, attorneys Page, Wolfberg and Wirth posted an advisory on EMS1.com, warning EMS companies to keep a running check of the exclusion list when employing or contracting with individuals or companies.  Because indeed, you CAN get penalized for contracting with or employing an excluded individual or company; even if your organization didn’t do the billing, or gain any benefit at all.  In all likelihood, the Jacksonville hospitals had no idea that Century was submitting inflated claims; the patients came, the hospitals treated them, and that’s all there was to the story – at least as far as the hospital was concerned.

For our part, we’re recommending that our clients take the safe route, by routinely screening all of their vendors.  Considering the fact that our software does that automatically, it certainly seems simpler than getting involved in litigation.  And an awful lot cheaper than a $7.5 million settlement.

Looks like the OIG means business. Over the course of the past 13 days, over $250,000 in fines have been meted out due to the alleged employment of excluded individuals.  The first involved a Minnes...

Streamline Verify considers itself fortunate to be running without incident throughout the COVID-19 pandemic due to the nature of its business. However, they have seen firsthand many of their own clie...

In 2016, the Health and Human Services (HHS) Office of the Inspector General (OIG) described its ten most pressing challenges across all HHS programs, including Medicaid. The challenges cover a range ...