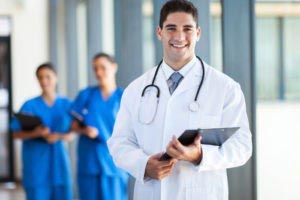 In a previous post, we made the wry observation that even death can’t get an excluded individual off of the LEIE – unless the deceased undertakes (no pun intended) official reinstatement protocols.  As it happens, we’re learning that even reinstatement is no guarantee of reinstatement.

Steve, one of our employees, was running a routine exclusion verification check for a client.  One particular employee – let’s call him Dr. Girard Michael Jeffers of Queens, NY – was flagged by our software.  The exclusion turned up in an entirely different state (for clarity’s sake, let’s pretend it was Alabama,) and the reason for the exclusion was listed as, “Excluded by another state.”  That was strange, because New York, Dr. Jeffers’ state of residence, did not list him as excluded… and neither did any other state aside from Alabama.

Steve figured that the most likely explanation was that Dr. Jeffers had been excluded in Alabama as a result of a prior exclusion in New York; but after being reinstated in New York, was never reinstated in Alabama.  Losing no time, Steve got in touch with one of Streamline Verify’s contacts at the New York State Office of the Medicaid Inspector General (OMIG).  Sure enough, our contact confirmed that Dr. Jeffers had been reinstated into NY Medicaid in November of 2013, (more than a full year prior!) after being found ‘not guilty’ at trial.

Steve’s last step was to bring all of this information to the attention of the appropriate officials in ‘Alabama’ – who sheepishly agreed that Dr. Jeffers should have been removed from the Alabama List of Suspended Providers long ago, and promised to remedy the error forthwith.

And so Dr. Jeffers was saved from a lot of unnecessary heartache; our client was saved from unjustly taking action against an innocent employee; and everybody lives happily ever after.

Until the next time this kind of thing happens.

Obviously, State systems are not perfect.  Exclusion databases cannot be assumed to be 100% accurate, and it takes an experienced employee – like Steve – to properly weed out the innocent from the guilty.  We firmly believe that our software, Verify Professional, is the best exclusion screening software available on the market today.  Still, software is just software; computers can’t make distinctions like people can; and when a name is flagged, the computer has no way of intelligently figuring out whether or not the exclusion is legit.

Happily, there’s always Verify Enterprise, Streamline’s full-scale service which is operated by intelligent and experienced exclusion verification screening experts.  Like Steve, they’re committed to pursuing each and every flagged match all the way down to its final conclusion…

Especially when it comes to protecting the innocent.

Auction Or Trial Concept With Auctioneers Or Judges Gavel And Scattered Money Heap On Wooden Table, Close Up, This week there was a stunning announcement made by the OIG regarding a New Jersey ...

Qualities to Look For When Hiring ...

When you're hiring a contractor or employee to provide healthcare, it's important to your organization and your patients that you only hire the best. But how can you identify the best healthcare work...

Did you notice these changes to ...

Having an individual’s Social Security Number (SSN) or the entity’s Employee Identification Number (EIN) can assist in your exclusion screening efforts. A common method to resolve potential matche...