Posted by Frank Strafford on May 10, 2016 in Industry News, OIG Penalties, 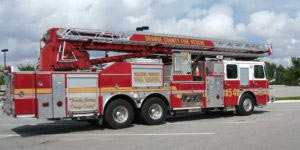 The Frightening Reaches of Healthcare Fraud

The U.S. public healthcare system loses approximately $60 billion annually to medical fraud. This disconcerting figure, which could have gone to better use and could have benefited recipients who are legitimately in need, is the result of illegal transactions committed by providers and program recipients alike. To top it all off, some government organizations—the very entities supposed to share the responsibility of fostering the dignity, honesty, and efficiency of all government-run programs—have been found out to also contribute to the problem. Case in point: the New York City Fire Department’s (“FDNY”) recent entanglement in the fraudulent use of taxpayers’ money.

After careful review of the FDNY case, the U.S. Department of Justice found out that its contractor as of June 2010 had only been denied one Medicare reimbursement within the span of several months. This is despite claims averaging to a thousand a month. This glaring discrepancy had been the jump off point for the civil fraud lawsuit which was recently resolved. As part of the settlement, New York City was ordered to pay $4.3 million to the U.S. government. This settlement covers the FDNY’s fraudulent claims between October 2008 and October 2012, amounting to millions of dollars. These claims were in connection to emergency ambulance services that were deemed unnecessary, and thus, in direct violation of the False Claim Acts.

The FDNY case is a wake-up call of sorts. The disheartening fact that even government-affiliated organizations are easily tempted to bilk the Medicare out of millions of dollars calls for utter vigilance. This vigilance must be shared by all healthcare stakeholders—from recipients to providers and the government offices that run these programs. Seeing now that even ambulance services have become a breeding ground for fraudulent deeds that put at risk the very integrity of the U.S. healthcare system, exclusion screening has become more imperative than ever. It is the number one tool the government has enacted to fight fraud, and one which must be adhered to unswervingly.

Understanding Waivers & the Duration of OIG ...

Exclusion Background As noted in past blog posts, HHS OIG Exclusions are comprehensive and significant. Exclusion from participation in federal healthcare programs can have a profound effect on a pro...

Incompleteness of information on the OIG Exclusion List (LEIE) can occur for many reasons, and some are as simple as typographical errors. One of the more serious issues is the fail...

Can You Be Paid Post-Exclusion for ...

It's generally a fairly simple concept that an entity that hires or contracts an excluded individuals is subject to monetary penalties. But what happens when those lines get a little fuzzier? A bull...