In the Mind of the OIG

Posted by Frank Strafford on October 21, 2015 in Industry News, Uncategorized,

Robert DeConti, assistant inspector general for legal affairs at OIG, and Lisa Re, chief of the OIG Administrative and Civil Remedies Branch, explain why some get excluded…and others don’t. 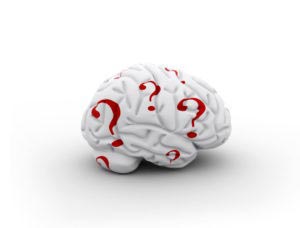 Last month’s Fraud and Compliance Forum, sponsored by the American Health Lawyers Association in Baltimore, revealed some interesting insights into the OIG’s mode of operation.  Here are some fascinating highlights from the presentation of Robert DeConti and Lisa Re, culled from a recent Report on Medicare Compliance article, reprinted on AIShealth.com.

DeConti and Lisa Re, chief of the OIG Administrative and Civil Remedies Branch, sketched a “big-picture idea of the cases” OIG tries to bring. Cases may be pursued because they “tell a larger story,” he said. “We want to make an impact with the cases we choose and be strategic in picking cases.” DeConti said selecting a case that complements the work of another OIG component has a greater impact…. “It’s a model of what we want to do in the future,” DeConti said.

In other words, cases that can be doubly pursued because they warrant investigations by parallel law-enforcement bodies such as the Department of Justice (DOJ) or CMS Office of General Counsel are highly likely to be vigorously pursued by the OIG.

Cases also are pursued by OIG to “fill an enforcement gap”… And sometimes OIG is “reinforcing the guidance we put out,” (DeConti) said, such as fraud alerts, which have recently addressed arrangements between labs and physicians (RMC 6/30/14, p. 1) and physician compensation relationships (RMC 6/15/15, p. 1). “It doesn’t make sense to put it out and not enforce it. We are creating a level playing field.”

So misdemeanors involving a recent OIG focus will be hit hard and heavy – to prove a point.

One of OIG’s most powerful tools is exclusion, which, of course, means no payment, indirect or direct, from Medicare and other federal health care programs for the excluded provider. When a provider is facing exclusion, “one of the most frequent arguments I hear [from its lawyer] is ‘please don’t punish my client,’” Re said. “Sometimes I feel like we are talking past one another. We are not punishing. We are trying to protect federal programs proactively.”

The top reasons why OIG seeks exclusion: The provider was hit with kickbacks or false claims, he said. There is always the possibility of a corporate integrity agreement (CIA) instead of exclusion if the circumstances are optimal. “Whenever DOJ has a legal and factual basis to bring a false claims action, we have a parallel B7 exclusion,” he said. “We can release it if we are satisfied the individual or entity has put in place a compliance remedy.”

…When settling CMP cases, “we always ask, ‘who was responsible?’” In fact, the emphasis on individual responsibility is manifested in the management certifications in CIAs, Re said.

So pleas and excuses won’t help.  Demonstrating willingness to implement change, and targeting the individuals responsible for the misdemeanor, will.

DeConti and Re also talked about the benefits of self-disclosing potential misconduct. The OIG Self-Disclosure Protocol offers providers an incentive for coming forward with their alleged violation. They generally put the matter to rest with a 1.5 multiplier, which is better than the dollar figure stemming from a case initiated by OIG.

A good reason for facilities to stay on top of their own game, and pinpoint compliance oversights before the OIG does.

And cases are now resolved much faster than they used to be. It took an average of 19 months to resolve a case in 2008, and this year so far it takes an average of under eight months.

The Role of OFAC The U.S. Office of Foreign Asset Control (OFAC) is the department of the U.S. Treasury responsible for promoting U.S. foreign policy and national security agenda with regard to foreig...

THE IMPORTANCE OF SANCTION SCREENING TO ...

What Is A Sanction Check Sanctions against medical personnel can create significant risk to a healthcare organization from financial, compliance and patient safety perspectives. Therefore, it is c...

Four Jacksonville, FL hospitals have agreed to pay a combined $7.5 million settlement for crimes that they did not commit. Jacksonville Business Journal reports that the four -- Baptist Health, which...