Families in Illinois are now protected by a new law that requires insurance professionals to check the death master file list against current policies. This law will prevent insurance companies from committing fraud against beneficiaries. The law ultimately closes some major loopholes that life insurers have been using for years. 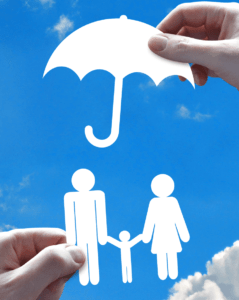 What the Law Aims to Fix

This new law, the Unclaimed Life-Insurance Benefits Act, seeks to fix a simple financial problem that causes great hardship for people who have just lost a family member. Before this law was implemented, insurers could ignore the deaths of their beneficiaries. To do this, insurers would simply ‘forget’ to check the Death Master File, and the families of policyholders would not receive funds to pay for healthcare bills and funeral costs. As you can imagine, this unethical loophole caused a great deal of emotional and financial hardship for Illinois families.

Under the Unclaimed Life-Insurance Benefits Act, insurers are legally obligated to check the Death Master File against their current policies. This practice will make sure that insurance companies cannot simply ignore the needs of the deceased person’s relatives. Since legal penalties are associated with not checking the Death Master File list, insurers will also be less likely to make errors when evaluating claims.

This new law will also require that the beneficiaries automatically receive a payout when their relatives are added to the social security death master file. This aspect of the Unclaimed Life Insurance Benefits Act has not been well-received by insurance industry leaders.

Michael Barry of Insurance Information Institute claimed that nearly all beneficiaries receive their funds when they issue a claim. Barry also suggested that the events when funds are not dispersed are rare. Spokespersons from several insurance-related organizations have also stated that the Unclaimed Life-Insurance Benefits Act aims to correct a tiny problem.

The IL Treasurer’s Office has countered these accusations by stating that the Unclaimed Life-Insurance Benefits Act is both constitutional and helpful for families. The spokesperson of the Treasurer’s Office has also provided information from several Supreme Court cases that demonstrate that the new requirements are lawful. Spokesman Rivara referenced the Connecticut Mutual Life-Insurance Company v. Moore ruling to show that states have a constitutional right to collect undistributed funds on the behalf of families. Now that the act is official, it is unlikely that the lawsuit will be fruitful for the suing companies.

Cost of the LawSome critics of this new law have argued that the act of legally requiring private companies to check a database against policies is an example of government overreach. Fortunately, the new DMF checking requirement is neither tedious nor wasteful. Insurers simply need to check the Social Security Death Index to ensure that their private databases match the information in the government databases.

The SSDI, also known as the Death Master File list, has existed since the 1980s. It is a simple database on the social security death index official site that compiles the social security information of deceased people in the United States. It is the most comprehensive source of information available to insurers and people searching for death-related information. Since the SS Death Index already exists, the Unclaimed Life Insurance Benefits Act simply protects families; it does not create any additional fiscal issues for Illinois.

This law is not the result of overzealous legislators. According to data compiled by the IL Treasurer’s Office, many insurance companies were relying on the DMF loophole to increase their profits. Treasurer Michael Frerichs stated that about $550 million in revenue for insurance companies came from undistributed funds since 2011. There are about 20 major life insurers in IL, so this a huge figure for a five-year period.

This new legislation has been approved by the governor, but it will not become active until December 31, 2017. Insurance companies must compare their policies to the information in the SSDI before this date, or they will face legal penalties from the state government. Insurance companies will also be required to check their records against the death index at least twice every year. These requirements will make sure that all insurance companies use technology to keep their records up to date. This closes the non-payment loophole, and it ensures that all families who issue claims can receive funds.