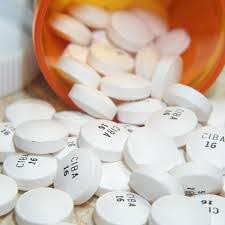 Medicaid and Medicare frauds run to the tune of billions of dollars each year. Running a check on OIG exclusions is one way to catch this fraud, and also protect one’s healthcare system from doing business with blacklisted entities and individuals.

Pharmacists are an important cog that ensure that smooth running of the healthcare system. When pharmacists go rogue, they can bilk the system out of millions of dollars by billing for medicines not supplied, billing Medicaid and the private insurance company, and receiving kickbacks from a healthcare provider for defrauding government healthcare insurance plans.

Not a day goes by without news about pharmacists getting caught by state and federal agencies for fraud. The new year’s just begun, but if you have been following news related to LEIE checks and healthcare frauds, you’d know that already scams to the tune of millions of dollars have been unearthed.

The second fortnight of January 2016 saw the coming to light of the largest ever healthcare fraud in the state of Nebraska. The fraud, a result of one Lincoln-based pharmacist’s gambling addiction, amounted to a sum of $14.4 million and yielded the now remorseful individual two houses, a boat, hundreds of thousands in spare cash, and many fancy cars. But, at the end of it all, the 2,376 thefts earned the accused ten years in jail.

Another Medicaid fraud, on a much smaller scale, was found in Beatrice, Nebraska. The pharmacist was billing for brand-name drugs while dispensing generic drugs. The fraud, $38,000, has sadly claimed the life of the pharmacist, who was found dead in his basement.

In July last year, the judge in the federal court in Brooklyn, New York, threw the rule-book at an accused pharmacist who bent every rule to divert taxpayer funds for personal benefits. The pharmacist was indicted on twenty-four counts for defrauding both Medicaid and Medicare on more than $5 million.

This year, in the state of Massachusetts, the attorney general’s office will join forces with the DEA and FBI to track and stop doctors and pharmacists who may be guilty of illegally prescribing pain medications, and then billing Medicare and Medicaid for these prescriptions.

Beginning this year, pharmacists can expect more audits from the Office of Inspector General (OIG) as it aims to broaden its investigations of Medicare Part D billing and claims.

Even though the penalties are stiff and vigilance constant, frauds in healthcare continue. Many fraudsters and embezzlers continue to operate and exploit weaknesses in the drug supply chain. This has ramifications for honest businesses. For a healthcare provider to enjoy peace of mind, maintain trust with consumers, and stay on the right side of the law, a little due diligence is imperative. OIG exclusion screening ensures healthcare compliance, and saves your nursing home, hospital, or private practice from punitive action.

Permissive Exclusions Updates from the OIG ...

Recently on April 18, 2016, the Inspector General of the famed OIG issued a review and updates on their exclusion policies and how they go about permissive exclusions. The OIG was established back i...

In the Mind of the OIG

Robert DeConti, assistant inspector general for legal affairs at OIG, and Lisa Re, chief of the OIG Administrative and Civil Remedies Branch, explain why some get excluded...and others don't. OIG enfo...

With close to three thousand attendants, the HCCA Compliance Institute 2017 kicked off another successful summit and reached a wider audience than we’ve ever seen before. Those numbers also highligh...