The History of the OIG

Posted by Frank Strafford on March 7, 2016 in Uncategorized, 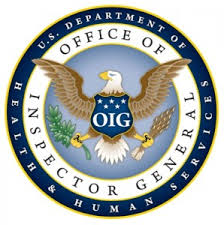 THE OIG: A Brief History

The Office of Inspector General (OIG) was established in 1976 with the core mission of protecting the integrity of the programs carried out by the Department of Health and Human Services (HHS), and consequently, safeguarding the health and welfare of the beneficiaries of said programs. With approximately 1600 members, the HHS OIG is deemed as the Federal Government’s biggest inspector general’s office.

Each one of these 1600 members is driven by the same goal: to fight waste, fraud and abuse in Medicare, Medicaid and more than 100 other HHS programs, which happen to receive some of the biggest allocations from the Federal budget, and in turn, has become highly susceptible to criminal and civil offenses.

Here is a brief timeline of OIG’s development:

October 27, 1986– President Reagan signed an update of the False Claims Act to combat fraud against the Federal Government. Originally signed by President Lincoln in 1863 against war profiteering, this Act criminalized false claims or statements against the Federal Government. It also delineated double damages against offenders and a $2,000 penalty for every false claim.

August 21, 1996– President Clinton signed the Health Insurance Portability and Accountability Act of 1996 (HIPAA), which paved the way to the coordination of Federal law enforcement efforts through the establishment of the Health Care Fraud and Abuse Control (HCFAC) Program.

Through these precursors, The Office of Inspector General has been able to efficiently carry out its goals and has returned a sum of $27.8 billion to the Medicare Trust Funds since 1997.

In 2014 alone, the Federal government won or negotiated over $2.3 billion in health care fraud judgments and settlements and saw $3.3 billion returned to the Federal budget or paid to private persons.

With its Strategic Plan 2014–2018 underway, The Office of Inspector General (OIG) aims to continue its programs guided by its core principles: (1) fighting of fraud, waste, and abuse. (2) promotion of quality, safety, and value. (3) securing the future. (4) advancement of excellence and innovation.

The NPI Registry and Why It ...

Technological Numbers What is an NPI Number? National Provider Identifiers (NPIs) were created to ensure for accuracy and efficiency in the health care system when it comes to transmitting informati...

Symbol of internet security with binary character hand and padlock   The Importance of the Death Master File Ghosting, or stealing the identity of a deceased individual is one of the oldest forms ...

Five Tips to Remember When Screening ...

OIG exclusion screening is an important way to stay on the good side of the Office of the Inspector General and ensure you get the Medicare and Medicaid services you need to operate. Most employers sc...