Why They Self Disclosed

Posted by Frank Strafford on July 20, 2015 in Industry News, Self Disclosure,

Of all the penalties issued this year by the OIG in response to healthcare organizations that employed excluded individuals, all but three were the result of self-disclosures. 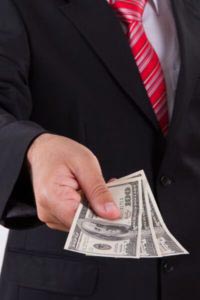 Which kind of makes you wonder: Why?  Why would a healthcare organization go ahead and self-disclose, knowing that it will almost definitely be hit with a fine worth tens or even hundreds of thousands of dollars?

The answer is even simpler than the question.

Because not self-disclosing can be much, more worse.

According the OIG’s recently released Fiscal Year 2015 HHS OIG Work Plan Mid-Year Update, 4,017 individuals and entities were excluded from participation in Federal health care programs in 2014 alone.  That’s a lot of exclusions to keep track of; but there’s more.

The update goes on to describe its Provider Self-Disclosure protocol as follows:

The Provider Self-Disclosure Protocol gives providers an opportunity to minimize the potential costs and disruption that a full-scale OIG audit or investigation might entail if fraud is uncovered. The self-disclosure also HHS OIG Work Plan Mid-Year Update | FY 2015 CMS-Related Legal and Investigative Activities enables the provider to negotiate a fair monetary settlement and potentially avoid being excluded from participation in Federal health care programs. (emphasis added)

In other words, healthcare organizations that do not self-disclose can be hit with something a lot worse than fines — they can be excluded from participation in Federal health care programs altogether.

Nurse Turnover Rate Infographic Healthcare is among the top three industries that suffer from high turnover rates. At 13.5%, Healthcare’s turnover rate is just a few points behind Banking (13.3%), ...

Self Disclosure – The Kroger Story

Still Looking for EPLS to Check ...

The GSA’s federal Excluded Parties List System (EPLS) was replaced by the System for Award Management (SAM) in November 2012. This article explains what the EPLS was, why the SAM replaced it, the di...