North Carolina OIG Exclusion Database: Down, but not done.

Posted by Frank Strafford on October 28, 2014 in Exclusions, 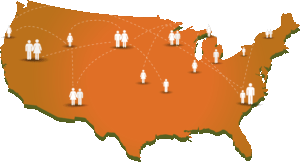 “Temporarily,” Curtis, a representative of the North Carolina DMA, reported when we contacted him.  “While we’re revamping the system.”

Life is always complicated in this field, wouldn’t you say?

We think it’s great that North Carolina will have a new and improved exclusion verification system.  But in the meantime, what are employers supposed to do about matches that show up in the (now defunct) North Carolina exclusion database?

Curtis recommended checking the Federal OIG exclusion database.  That’s fine; but any employer that has access to the old database will find that some matches that are not listed anywhere on the OIG site are coming up in the North Carolina database.  The DMA has confirmed that there’s no way to verify these matches outside of the Federal OIG site.

Does that mean that individuals excluded in North Carolina are off the hook?

Based on our conversation with Curtis – and we took the precaution of following up our emails with a personal phone call – it would certainly seem so.  Curtis said that until the new and improved North Carolina exclusion database is launched, the DMA is working exclusively off of the Federal OIG; and there’s no need for employers to search anywhere else.

Guess we’ll take his word for it.  What other choice do we have?  In the meantime, while we had Curtis on the phone, we tactfully suggested that the new-and-improved exclusion database should include dates of birth, so that employers can swiftly and definitively rule out the overwhelming majority of matches…

Because despite all of this confusion, hey – there’s always hope.

What Providers Need to Know to ...

United States based healthcare providers should be vigilant in running their businesses. The Office of the Inspector General (OIG) places individuals or entities committing fraud or abuse under an exc...

With the 2015 Work Plan in full gear, background screening is not getting any easier. In fact, the Office of Inspector General continues to increase focus on screening practices in the healthcare ind...